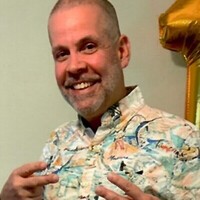 From humble beginnings, Wilce acquired a sense of determination and ambition, which ultimately pushed him to great successes. After receiving his associates degree in Pace Business School, he managed to move his way up in the Brodsky Organization in NYC, managing buildings for 38 years.

As well as his admirable dedication to his profession, he also devoted over 15 years of his life to the Vails Gate Fire Department. He risked his life daily for the thrill and for the brotherhood that the fire department provided for him. He wore the number 43 with honor and pride.

Aside from working, he spent his free time exercising, grilling, and vacationing as often as he pleased. One of his many accomplishments included completing the New York City half marathon, something in which he trained for months. Although he was given a short 55 years, his achievements were ones to be proud of.

He is survived by his children; Amber, Mackenzie, Sienna, Natalie, Olivia, Scarlett, and Noah; Along with the mothers of his children, Johvana, Annette and Marilyn, his 10 siblings, as well as many aunts, uncles, cousins, nieces, and nephews. He was loved by his large family up until his final moments.

In the words of the man himself:  “My name is Will, thank you for coming. Get home safe. You don’t gotta go home but you can’t stay here”.