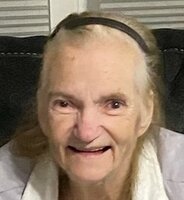 Katherine D. Ward a long time resident of Plattekill, NY. Passed away at Vassar Brothers Hospital in Poughkeepsie, NY on Monday March 14, 2022. She was 78. She was married in 1969 to Robert Ward, they shared 52 years of marriage before his passing in September 2021. She was a loving devoted mother to three daughters that she alongside of her husband would raise in Plattekill, NY.

In the 70’s through the early 90’s mom worked for Newburgh Yarn Mills. She would save every penny to make sure her girls would never go without and would have everything they wanted. She was the proud grandmother of 6 and great grandmother of 2. She was excited when she recently found out that she was going to be a great grandmother again. Mom loved baking, she made the best pies ever and she also enjoyed bowling and would spend several years on a bowling league. She didn’t care if they won she enjoyed spending time with friends. Mom had a heart of gold and always put everyone before herself. She will be terribly missed by her family and friends.

She is survived by her daughters: Diane Fowler and companion Jon Hill, Anastasia Ward, Tracey Armbrister and her husband Chris. Her grandchildren Michelle Ward, Michael Ward, Emily-Kate Fowler, Mikey Heller, Gabby Heller, Christian Armbrister and her great grandchildren Hunter Veneziano and Makayla Veneziano, and several nieces and nephews. She was predeceased by her husband Robert M. Ward, her parents Edward Ryan and Marion Ryan, her brother Frank Ryan and her nephew Albert Brunnetti.