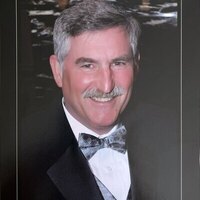 Michael J. Waite, Sr. of Newburgh, NY entered into eternal peace on May 27, 2022. He was 65 years young. The son of Charles and Antoinette Waite he was born on August 10, 1956 in Newburgh, NY, the second eldest of five children.

Michael spent growing up in Newburgh, where he made his home with his beloved wife, Nancy, also known as Cybil, along with his four children, Meghan, Michael, Nickalos and Ashlee.

A graduate of Newburgh Free Academy class of 1974, Michael spent his early years playing sports, doing odd jobs at J&M Grocery for Big John, attending stock car races at Orange County Speedway, and playing men’s slow pitch for J & M Groceries. One of twenty-seven first cousins, he built many memories and relationships living on Taft Avenue in a close-knit neighborhood. He looked forward to weekends out at Aunt Ellies, where he spent time with his cousins Phillip and Joe.  Michael enjoyed going to the gun range, and vacationing with his family at the beach any chance he got.

He retired from IBM after 32 years, and because of his ambition and his drive to keep busy, he started the very next day working for SUNY Poly in Albany, NY. Mike Waite was never someone that slowed down or gave up. He would never let you down, and he always offered a helping hand. He gave more than anyone we know and asked for nothing in return. “Mike was an honest, solid, steady and trustworthy soul” said a dear friend, Robert Young, which couldn’t be more accurate. He was a man of many hats and had a giant heart.

On June 2, 1979, Mike married the love his life, Nancy Burlingame Waite. Together they raised four beautiful children. The love that Mike Sr. had for his family and friends was immense. He was devoted, loyal, hard-working, and family oriented. He had a contagious love for his grandchildren, Mikey, Daniel and Landon. His grandsons will forever miss their Roe Row and Senior G.