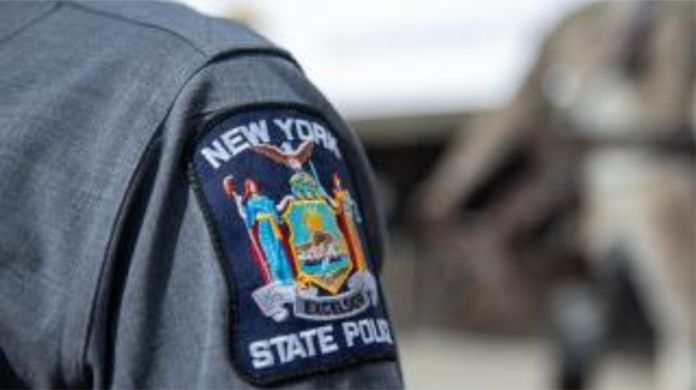 Police got more than they bargained for while responding to a report of a driver attempting to run over another person.

At approximately 2:15am on New Year’s Day, the New York State Police and City of Middletown Police responded to a report of a driver in a vehicle who was attempting to run over another person on Crescent Place.

As troopers arrived, they found a man unconscious on the ground and immediately began administering first aid. Bystander Katelyn A. Stevens, age 36 of Middletown, told police that the unconscious man had attempted to rob her.

Troopers and the City of Middletown police began taking another subject into custody. As they did, Stevens allegedly became aggressive toward police and attempted to stop the arrest. She began yelling at police as they arrested a suspect.

According to the New York State Police, Stevens punched a trooper in the face. Troopers said they had to forcibly restrain Stevens and subsequently arrested her. After she was arrested, she reportedly spit blood on the face of the trooper who arrested her.

The trooper was transported to Garnet Health in Wallkill where he was treated and released.

Stevens was charged with Assault in the 2nd degree, a felony, and Obstruction of Governmental Administration, a misdemeanor. She was transported to Orange County Jail and remanded for pre-arraignment detention.

The next day, Stevens was arraigned in Orange County Jail in front of Judge Hendry. She was released on her own recognizance pending a court appearance.