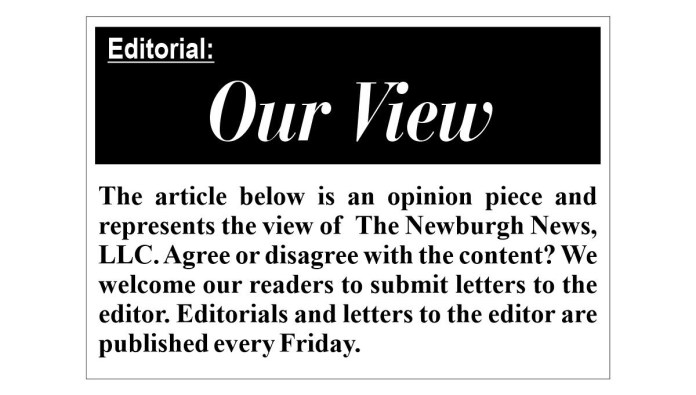 The Towns of Newburgh and New Windsor have seen more than their shares of growth over the recent decades. At a certain point, that growth can turn into over-development and become a burden on the community.

Some locals will remember the area before Wal-Mart was built in the Town of Newburgh. Route 300 was mostly a wooded area. Lloyd’s department store sat behind the current Kohl’s. The Newburgh Mall sat further north and had thriving anchor stores such as Sears. The major intersection of Route 300 and 17K had farms on two of the corners. There were not many other stores on that stretch of Route 300. Further down on Route 17K sat Ames. Across town at the Mid-Valley Mall was J.C. Penny’s, which later moved into the Newburgh Mall.

During that same time frame, mostly in the 1990s and earlier, New Windsor was mostly a rural community. The west end was heavily wooded with several farms. The Vail’s Gate area had a few eateries such as Ponderosa, Perkins, and Friendly’s. The central part of New Windsor contained mostly residential homes with only a few apartment and condominium complexes.

Rush hour hardly existed. At any given time of day, a motorist could clear the Five Corners in Vail’s Gate or the Route 300 stretch in the Town of Newburgh with hardly any traffic. First responders could make it anywhere in their jurisdictions within just a few minutes.

Residents enjoyed having space but still had many amenities nearby. They would bump into neighbors at local stores or eateries, but were able to retreat back to their homes where it was peaceful and quiet.

When Wal-Mart was built on Route 300, they dominated the market in the area for several years. Then, a few other box stores began popping up. Business was good and more stores began to come. The newer establishments coming to town began tearing down wooded areas to build from scratch while older structures sat abandoned. As the wooded areas continued to diminish, buyers began scooping up some of the abandoned properties, tearing them down, and building on the lots.

The area has gradually grown and become congested, similar to Westchester and Rockland Counties. Strip malls, warehouses, condominium complexes, and other buildings have been wedged into every small space developers could fit them in.

New Windsor grew rapidly under late Town Supervisor George Green. In a move that created controversy, the Town Board at the time claimed eminent domain where several homes were located at the bottom of Caesars Lane near Route 9W. The Town ultimately confiscated the homes, which were tore down so the corner could be developed. Dunkin’ Donuts now occupies that land.

When George Meyers took office for his second round as Town Supervisor, one of his first actions were to issue a temporary moratorium to cease all new development until New Windsor could get a grasp on the out-of-control growth. This was a great move for New Windsor, but unfortunately it could not last forever.

As the area continues to grow, property values also climb. With that, the cost of rentals or home purchases are also seeing significant growth. Even in the most dangerous parts of the City of Newburgh, apartment rentals are starting at $1700. Minimum wage is currently $13.20, or $105.60 for a 40-hour work week. It is no wonder more and more homeless people are turning up alongside the roads in the Town and City of Newburgh.

While some growth is healthy, excessive growth is not. The roadways are becoming extremely congested. A motorist can sit at the Vail’s Gate Five Corners during rush hour for two or three cycles of the traffic light. Route 300 in the Town of Newburgh looks like a parking lot during peak hours. It is becoming impossible to navigate around town. Most of the local roads were not designed for such a high traffic volume and there is not much room to widen the lanes.

This amount of growth also causes a burden on the town services. The police departments must provide more manpower for the growing amount of residents and businesses. With the additional manpower comes more supervisory staff, more vehicles, and much more equipment. The ambulances are running non-stop. They are staffed mostly by volunteers who sacrifice their time. The fire departments are also seeing increased call volumes. They consist of all volunteers, but membership has been extremely low for the last decade. Some fire departments are unable to muster up a crew to respond to some calls. As their call volume increases and membership declines, the future could eventually see paid firefighters to handle the burden. This, of course, would result in higher taxes. In addition, the water and sewer facilities will continue the need to grow as more people flock to the towns.

The growth brought many advantages to the area. Residents have countless dining choices. There are more than plenty services offered by many businesses. One can enjoy a weekend-long shopping spree just on Route 300. However, the towns cannot handle much more growth. Services will be strained, roadways will become impassible, and residents will begin feeling suffocated in an area where they once appreciated having some extra space. It is time to stop developing the area.

The Rise and Fall of a Political Bully