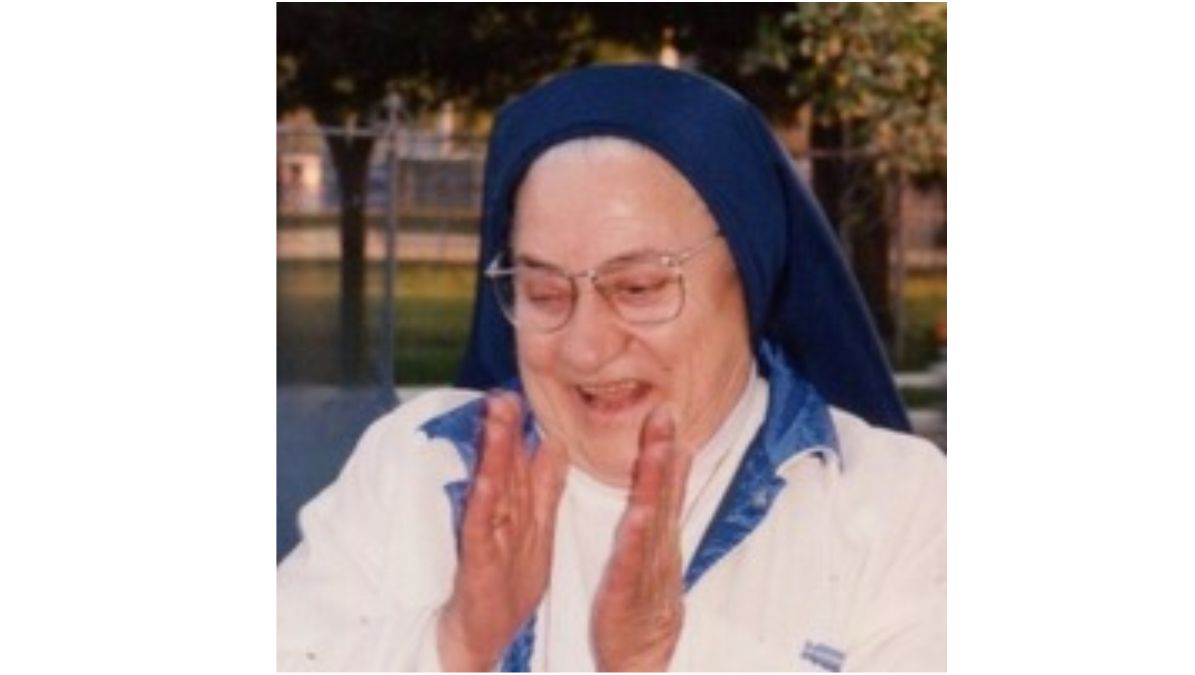 Sister Alba was born September 8, 1930 in Villa Castelli, Brindisi, Italy. She was the daughter of Loreto and Lucia Danese. She was one of eight children.

Sister Alba became a Missionary in Argentina in 1959. In 1975 Sister Alba, Sister Pia Putorti , Sister Crocitissa Putorti of The Congregation of The Daughters of Mary Immaculate came to America at the invitation of Monsignor Cheli.

From 1975 to 1982 Sister Alba was with the Permanent Observer of the Vatican at The United Nations in New York City. In 1982 The Sisters Came to the Hudson Valley and initially worked at Saint Patrick’s Church in Newburgh, with Auxiliary Bishop Austin B. Vaughn. In 1983 the Sisters settled in Sacred Heart Church to minister to the Italian and Spanish communities.

In 1995, Monsignor George Valastro, Pastor of Sacred Heart Church asked Sister Alba to put in writing the work the Sisters have done since 1983. Here is what Sister Alba herself wrote:

“In this corner of North America, Newburgh, NY situated in the beautiful Hudson Valley, we consider ourselves a tiny branch of the great TREE whose roots are firmly planted in the VATICAN. We are Sisters of the Instituto of Daughters of Mary Immaculate founded in 1898 in the South of Italy, Calabria, by a young lady called Brigida M. Postorino, now a Servant of God.  Monsignor Valastro, active member of the ITALIAN APOSTOLATE and our Pastor of Sacred Heart Church since 1983, asked us to put in writing the work we do and have done since 1983, but for us it is much easier to do the work than to write about it. However, we will try to do our best. Our order is active and contemplative, and this enables us to do the work we do. During most days we are engaged in bringing the Eucharist to the sick, the aged and infirm. This entails driving miles a day mostly through rural areas. We also spend time comforting the sick and dying, we help bathe the infirm and help feed the ones too helpless to feed themselves. Sometimes we take them to the doctor’s office. We help move immobile patients in their beds. If necessary, we will sit with a patient while the person attending must run an errand. The old ones who have no transportation are taken to Mass. We write letters for those unable to write and we also read the Italian and Spanish newspaper to the blind or those unable to read. We visit the hospitals and nursing homes in the area and we make sure we remember all of them on special occasions with a big smile and a small gift. Let us not forget the young people. We help the Spanish and Italian young adults to prepare their children and themselves for Baptism, Holy Communion and Confirmation. Also some of these young people live together without benefit of Matrimony, we strongly persuade them to get married and come back to the Sacraments. On the day of retreat for those receiving their First Communion, we teach the children, (sometimes as many as two hundred) to bake the bread, symbol of the Holy Eucharist. We distribute to the needy on Thanksgiving, Christmas and Easter food and gifts which we receive from various organizations in our area. On Sundays, we prepare the hymns to be sung at the Italian Mass and we help distribute COMMUNION to the FAITHFUL.”

Sister Alba offered her pain and suffering in her final days for “the people to believe in the Real Presence of Jesus in the Eucharist and to restore the dignity of LIFE.  When you come to the Wake for Sister Alba at Sacred Heart Church, there will also be Adoration of The Blessed Sacrament, where you can peacefully, quietly, and prayerfully rest in the TRUE PRESENCE  of Our Lord.