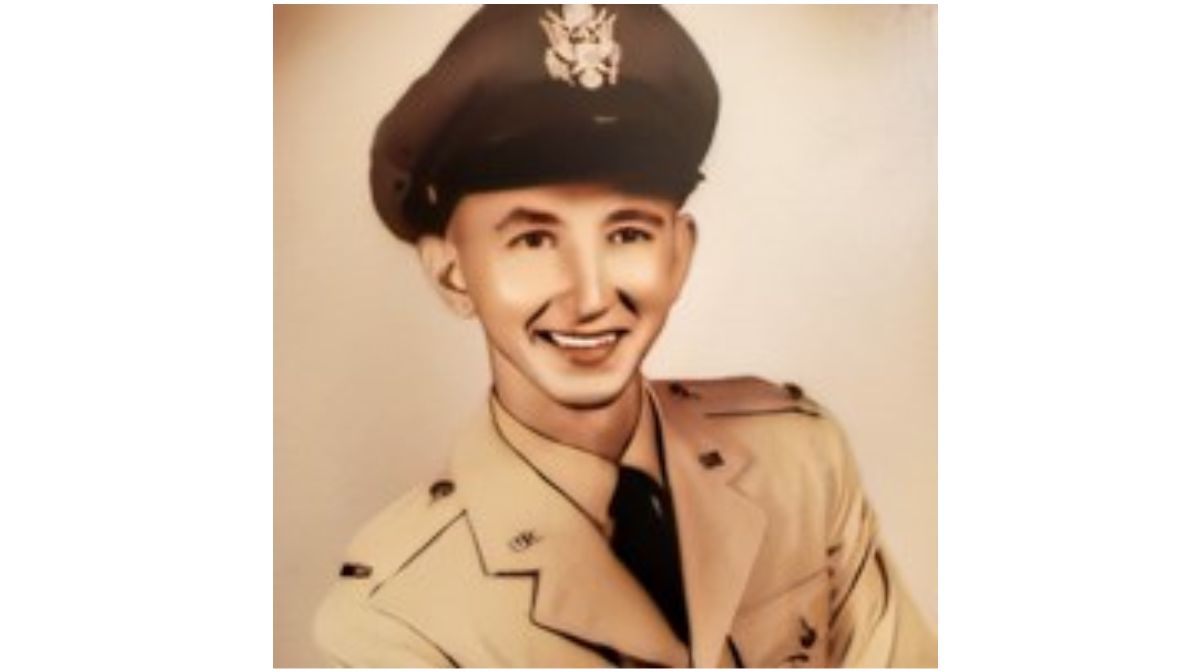 With sadness, love and profound gratitude, the family of Edward Andrew Kacmarcik announces his passing on June 23, 2022 at New York Presbyterian Hospital. Edward, better known as “the Captain” , was born in Torrington, Connecticut on July 7, 1930. He would have turned 92.

For the past 11 years his residence was Montrose Veterans Home. Prior to this he was a longtime resident of Newburgh, NY. He is the son of Andrew Kacmarcik and Mary Jabrocki. He is predeceased by his younger brother Frances and a son Thomas. He is survived by his sister Irene Hricko who currently resides in Torrington, Connecticut along with several nieces and nephews.

As a child he attended Sacred Heart School, Torrington High School and graduated with a BS in Engineering at Worcester Polytechnic Institute. He served in the Air Force for most of his life. He was a fighter pilot and was stationed at several bases throughout the United States such as; Eielson Alaska, Mather California, Thule Greenland, McChord Washington, Westover Massachusetts and Stewart Air Force Base in Newburgh, NY.

His biological and non biological children are Thomas, Mary Ellen, Roger, Guy, Dean, Michelle and Timothy. He is predeceased by his wife Barbarba Ann Gonzales. He is survived by several grandchildren and great children who will dearly miss his presence, sarcasm and laughter.

He was an avid reader and was interested in my topics from world history, astronomy, space, and airplanes. He read every Stephen King book and dreamed of becoming an astronaut. He did get his chance to see the world from above but in an A 37 DragonFly fighter jet. In 1970 he served and used his fighting expertise in the Vietnam War earning him the Air Medal for heroic actions in 1973. He worked for M&M photo service along with proudly serving in the United States Air Force. He was a parishioner of Saint Francis of Assisi Catholic Church in Newburgh, NY.

The Captain loved automobiles; from watching them race, to working on them, a love he shared with his son Timothy. He loved spending the holidays with the family as family was everything to him. He will be greatly missed but he is now soaring high in the sky at the Lord’s side. We will see you again one day but until then no one comes close to you Captain.

Visitation will be held from 10:30 – 12:30 on Thursday, June 30 at Brooks Funeral Home, 481 Gidney Ave., Newburgh. A Mass of Christian Burial will be celebrated at 1:00 on Thursday at St. Francis of Assisi Church, Newburgh, with burial following in Calvary Cemetery, New Windsor.