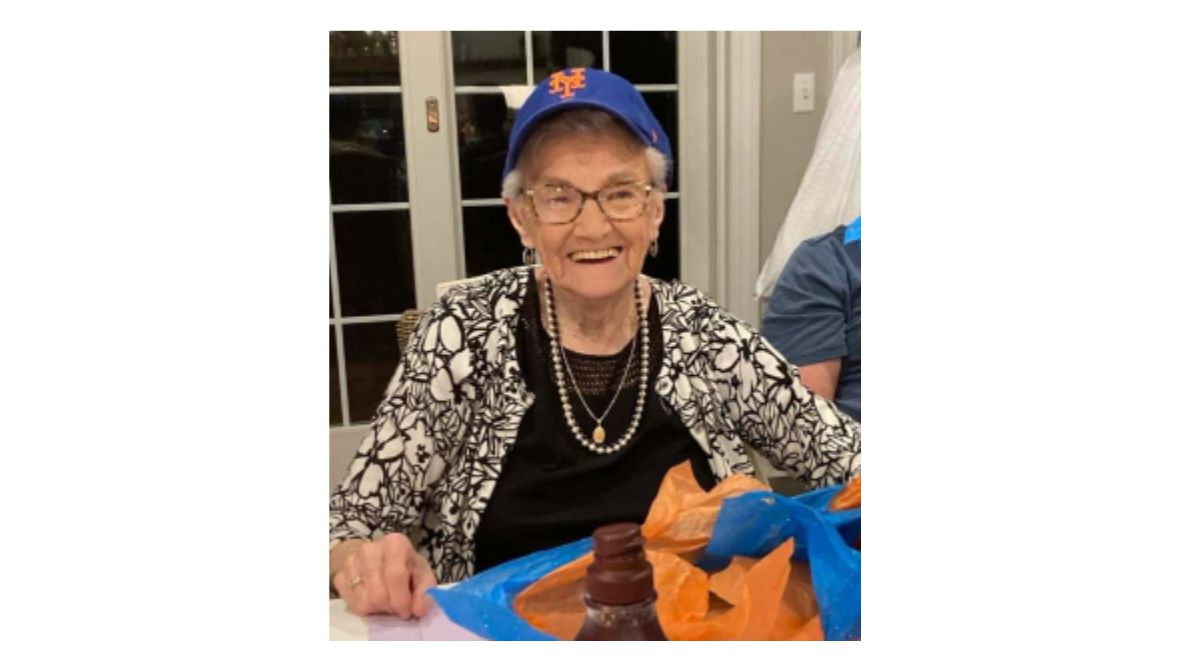 Helen M. Morrissey (Ellen) passed away peacefully on June 21, 2022 surrounded by her family. She was 92 years old.

Ellen, her sister Betty, and brothers Jack and Jimmy were first generation Americans born in Manhattan to Mary Kate (Gilligan) and John Patrick Kelly. They were raised to be patriotic Americans and Catholics of strong faith.

Ellen lived to pass down those traditions and belief systems to the next three generations of Morrissey’s. She was married and began raising her four children in Yonkers, NY, and later moved the clan to Wallkill.

She was a working Mom, supporting her family working in administrative positions at St. Joseph’s Hospital in Yonkers and as a waitress. Ellen retired from SUNY Westchester Community College, Valhalla, NY where she enjoyed interacting with students in the Bursar’s Office for over ten years.

Shortly after retirement, Ellen moved to the Town of Cornwall with her sister Betty. Never one to hold still for long, Ellen continued to make friends while playing cards, bingo, and rummy-block weekly – each game scheduled on a designated day and time each week. She was also a member of the Cornwall Senior Bowling League where she served as secretary, bowled her personal high score of 200 at the age of 88, and once won the title of league champion.

Ellen was an avid Met fan, she enjoyed watching games and rooting them on no matter how well or poorly they were playing.

Ellen loved her family unconditionally and could be counted on to attend every shower, wedding, christening, school play and dance recital. She set a strong example of what it means to be responsible and trustworthy. She made sure that those in her charge knew right from wrong, and treated others with respect. Ellen Morrissey was a small woman who managed to pack a big punch.

Ellen is survived by her son: Dennis Morrissey (Ellen Lynch) of White Plains; daughter: Kathleen Gamboli (Vincent) of Stony Point; son: Gilbert Morrissey (Sheryl) of Montgomery; son: John Morrissey (Diane) of New Paltz; niece: Susan Ponte (Gary) of Windsor. She was proud to leave a legacy of 13 grandchildren and 12 great grandchildren. Ellen’s family feels very much at peace, knowing she is reunited with her best friend and sister, Betty. The two shared a bond like no other.

A Catholic Funeral Mass will be held on Thursday, June 30th at 10 am at St. Thomas of Canterbury Church, 340 Hudson Street, Cornwall-On-Hudson, NY. Burial to follow at Gate of Heaven Cemetery in Valhalla, NY.

In lieu of flowers, the family asks that contributions be made in Ellen’s name to Boy’s Town, or a charity of your choice.