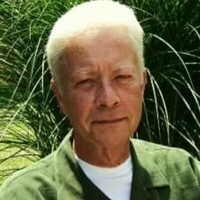 William J Heffron, of New Windsor, entered into eternal rest on Sunday, June 19, 2022, at home surrounded by family. He was 73. Son of the late William F and Delores T (Puhlick) Heffron, he was born January 9, 1949 in Kingston, PA.

He graduated from West Side Central Catholic High School in 1966 and earned his Bachelor of Science in Accounting from Wilkes College in 1970. He then enlisted in the United States Air Force where he served from 1970-1974. He married Eloise D Heffron (Brutko) on June 6, 1970 in Swoyersville, Pa. He retired after years of working in the banking industry for the Auditing Division.

William was an incredibly kind and caring person. He touched the lives of so many people who were lucky to meet him. He had the greatest sense of humor and incredible quick wit combined with an extreme intelligence. He had a love for all animals (especially his beloved turtle Plato). He was a fantastic fisherman which was one of his many passions.

William is survived by his daughter, Kristin Dursi and her husband John of Newburgh; and grandchildren, Benjamin Michael Dursi, Edward William Dematteis, and Elizabeth Lynn Dematteis. In addition to his parents he was predeceased by his wife, Eloise, his daughter, Susan Heffron Dematteis, his sister, Mary Gail Hollock.

Burial will be private and held at the convenience of the family. A memorial service to celebrate William’s life will be held at a later date.