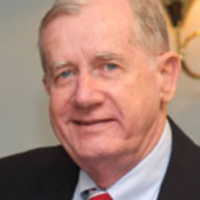 Christopher J. Dunleavy passed away on June 21, 2022 with his daughters by his side. He is predeceased by his parents Joseph and Dorothy Leavy. He is survived by his wife, Kitty Dunleavy, his daughters Sarah Avon and husband Mark, Casey Corcoran and husband Bob, his stepdaughters Kim Consorti and husband Joe, Debbie Barbera and husband Brian, and his beloved brother Kevin Dunleavy and wife Dolores, along with his close cousins. His nephews Christopher Lockard, Ryan Lockard and wife Erin, and Nicholas Lockard. His grandchildren Raegan and Ryan Corcoran, Cameron Avon, Chloe, Paige and Sydney Barbera, Joe Consorti Jr. and wife Erica. He is also predeceased by his beloved cousin Catherine Kennedy who passed at 92, earlier in the pandemic.

Chris was born in Newburgh, NY, on September 8, 1945. He attended grade school at Bishop Dunn Memorial and served as an altar boy at the Mount Saint Mary’s Convent. After graduating from Newburgh Free Academy in 1963 he went to Yale University graduating with a bachelor’s degree in Political Science in 1967. He attended Navy Officer Candidate School and served aboard the USS Boston spending two tours of duty in the Vietnam theater of operations. Chris earned a master’s degree in Public Administration from the University of Delaware where he taught and served as the assistant department chairman in the political science department. He later returned to Yale for additional coursework.

Chris was employed by New Castle County, Delaware, holding the position of Budget Director.  In the 90’s he held the position of President of the Orange County Chamber of Commerce and went to become the Administrative Officer of the County Executive Joseph Rampe. Chris also worked for Orange and Rockland Power and finally as Deputy Commissioner of Health for Orange County until his retirement.

A Celebration of Life Service will be held at the Brooks Funeral Home at 481 Gidney Avenue in Newburgh, NY 12550, on Saturday June 25, visitation is from 2:00 pm to 4:00 p.m. There will be a private burial amongst the family.