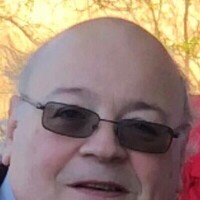 Paul was baptized as a Roman Catholic at the Base Chapel at Stewart Air Force Base. He attended school in the Valley Central district, Washingtonville and Wallkill. He completed his associate’s degree at Orange County Community College, his bachelor’s degree in Biology from SUNY New Paltz, and then continued on to receive his Masters of Science degree in Genetics. Paul worked at TeleVue Optics as an Optical Designer for the Nagler Family from May 4, 1985 to the present.

Paul is survived by his wife Jean Farnworth, his mother Rosemary Dellechiaie, and his cousin Donna Dellechiaie and her sons Andrew and Daniel. Paul had many connections and relations in Australia and The United Kingdom. He was predeceased by his father, Robert.

In lieu of flowers, Paul had a deep affection for the Stellafane Convention hosted by Springfield Telescope Makers in Vermont. A donation to their endowment fund can be made at www.Stellafane.org/help/donate-form.html in memory of Paul Dellechiaie.