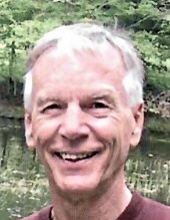 Van proudly served his country in the US Army in Korea and earned a Purple Heart for his bravery. He was the retired owner operator of J. Van Contracting, Newburgh. He enjoyed skiing both snow and water along with motor boating. Van loved music and played the piano. He was very skilled in construction, woodworking and painting. Dear to him were his many camping trips with his children and his summers with them in Old Forge.

In addition to his parents he was predeceased by his first wife, Mary Alice (Purtell) Markel in 1972 a brother, Robert Markel, and his grandson Jared Markel in 2018.

Donations in Van’s name can be made to Wounded Warriors Project at http://www.woundedwarriorproject.org.