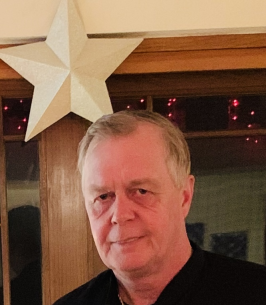 Brian was born in Blackpool, England. He attended Blackpool Collegiate Grammar School where he became a prefect in his last year at school and ran the school “tuck shop”. He was a diligent worker even in his teenage days, with jobs delivering papers, collecting golf balls at the local golf range, working in a local butcher shop, and waiting tables at a hotel providing silver service, although he knew absolutely nothing about how it worked. Another love of Brian’s was football. He played every weekend rain or shine growing up. He played goalie on several teams including his primary school Norbreck, and on the weekends his team The Bispham Bantams.

Brian immigrated with his family to the USA in 1977 and lived in Long Beach, Long Island. Although he had graduated from secondary school in England the US education system was perplexed due to mismatches of curriculum. Brian was required to take additional courses at an American high-school prior to being able to attend university. He attended Long Beach High School, in which his favorite activity was constantly debating his teachers on the proper spelling of words. They happily honored his degree request and graduated with his American HS diploma in 5 months. Brian was employed as a taxi driver (driving on the correct side of the road), while attending Penn State University. He graduated from Penn State University in 1984 with a Bachelors of Business Administration with a major in Professional Accountancy.

Brian began his professional career at HSBC in 1984 and was the V.P. of Facilities at HSBC prior to making the decision to transition to Arab Bank, PLC NY in 1999. Brian served as Deputy Manager and Chief Financial Officer of Arab Bank’s Agency in New York. His role was to oversee three important areas, namely Operations, Financial Control and Compliance. Moreover, he represented the Agency on the Institute of International Banker’s Risk Management Committee. Brian carried his responsibilities with distinction and earned the respect of his colleagues, and the Senior Management of the Bank. He was the person to reach out to when in need, no matter how serious or confidential the issue was. He was professional in his approach, honest in his recommendations and no problem was too big for him to resolve.

Brian was passionate and dedicated to his 5 children. He never missed a game or concert, even if it required him to leave Manhattan at 1pm to be in Milford, PA by show time. He constantly catered to the whims that his children had and often indulged them with love and gifts. Brian often found a way to add a casual brag about his children in any conversation. To say he was incredibly proud of their successes would be an understatement.

Brian dedicated time to community organizations that his youngest son Brighton is involved with. Brian initiated poster contests with the Cornwall Central School District for the Kindness Matters initiative. He was passionate about not only combating bullying, but providing a positive platform for students and parents to address their concerns. He was committed to protecting the school districts children and was a visionary regarding electronic learning and ran for School Board 2016 presenting a plan for web-based learning.

Brian joined the Cornwall United Soccer Club in 2018 as the Director of Fundraising Coordinator and then moved into the position of Club President in 2019. While working at the club he maintained a ‘child’ first strategy, never wanting to see a passionate player left behind. Brian had a way to find resolutions and offer suggestions that may not have been otherwise considered. His charismatic influence and British humor often brought levity when faced with serious situations.

Brian dedicated years as a troop leader of the Hudson Valley Scout Council at Cornwall’s Cub Scout Pack 6 and Cornwall Boy Scout Troop 118 “The Boys of Bethlehem”. This was a role that he took seriously as he understood the impact of the life skills that scouts offered. He would often quiz the members of the pack/troop on history and founder of the Boy Scouts, which all has British roots. He assisted in several coordinated efforts including popcorn sales, campouts, skills building and mentorship.

Brian was equally passionate in sharing as much knowledge as he could with his children, especially in regards to investments & finance. One of his favorite hobbies was to take his youngest son to yard sales, and research the value of items for possible resale. It was a ‘secret’ goal to become the dad & son team equivalent to the American Pickers.

After a chance encounter while commuting on the train to Manhattan, Brian and Susan met in May of 1998. They were each other pillars of strength, comic relief and reality checkers. Brian married his wife Susan, on the luckiest date of the millennium, 7/7/07. Brian passed away weeks shy of their 15th Wedding Anniversary and 24 years and 15 days after their first date.

Brian was a natural conversationalist, and his knack for telling stories was like no other. He always offered a helping hand when needed, an ear to listen during troubles, and honest from the heart advice. He is an incredible loss to anyone that he considered a friend and hearts will be forever broken from his absence.