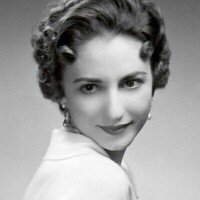 Anastasia was born and raised in Newburgh, NY. As a young child, she helped at her father’s store on Colden Street, learning to make change at the cash register and assisting customers.  These early years taught her the importance of hard work and perseverance and laid the groundwork for her future academic and life success.  She was a lifetime member of St. Nicholas Greek Orthodox Church in Newburgh where she taught Sunday School for many years. She was also a member of the Holy Trinity Cathedral and Philoptochos in NYC.

She attended Newburgh schools and graduated from Newburgh Free Academy in 1947.  She was accepted to Simmons University, but to her disappointment her mother insisted that she stay close to home.  Instead, she enrolled at NYU.  She faced challenges such as family illness, being a minority as a female, and having a long commute into NYC.  She frequently shared the story of being the only female in class with men who had just returned home from WWII.  She truly was one of the pioneers for women.  She received her bachelor’s degree from NYU, School of Commerce, Accounts and Finance in 1951.  Her passion was in fashion but met challenges with getting into the industry. After working at Macy’s in NYC, she became a buyer for Hotel Washington and McManus Clothing in Newburgh for several years.  She wanted a more stable career, so she returned to school to pursue a degree in education.  She received her master’s degree at SUNY New Paltz in 1960 and taught elementary school, grades 3-6, at West Street, Chestnut Street and Gidney Avenue schools in the City of Newburgh.  Her career in teaching ended after 5 years when she became pregnant with her first child.  After her teaching career ended, her children and family became her priority, and she spent the rest of her life providing guidance and knowledge to those she loved.

She was a member of the Newburgh Civic Theater, where she served the organization as recording secretary, business manager, and play reading chairman.  She held many roles in their productions to include the scatterbrained Daisy Dayton in “Mr. Barry’s Etchings,” and Winnie in “Annie Get Your Gun.” Her most memorable role was playing Olivia in Shakespeare’s “Twelfth Night.”

She became the office manager for her husband’s private practice from 1966 to 2007, and was on the Board of Directors, holding the position of Vice President from 1984 through 1995 at Craig House Hospital.  She was also a member of The Powelton Club from 1967 through 1985, and a patron of the Metropolitan Opera House.

She will be remembered for her classy and impeccable style, kindness, loyalty to family, amazing creativity, culinary talents, and intelligence. She enjoyed traveling, visiting several countries in Europe, exploring museums, attending Broadway plays and the Metropolitan Opera, completing the NYT crossword puzzle, and playing cards with friends.  Later in life, she found enjoyment from using her I-Pad to read articles and play computer games.  She will be greatly missed.

Arrangements are under the direction of Brooks Funeral Home, 481 Gidney Avenue, Newburgh, NY 12550. The wake is scheduled from 4 to 7 pm on Wednesday, June 15, 2022, with a Trisagion Service at 6pm, and the funeral will take place at 11 am on Thursday, June 16, at St. Nicholas Greek Orthodox Church, 19 Fullerton Avenue in Newburgh, NY.  Social distancing and masks are recommended.  Burial will follow at Cedar Hill Cemetery and Mausoleum in Newburgh, NY.