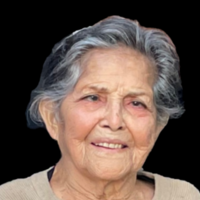 Marina O’Jea Markey passed away on May 28th, 2022 at her home in Goshen, NY surrounded by loved ones at the age of 91.

Marina was born in the Bronx on September 1st, 1930 to Angelica Arroyo and Joseph Martinez Brioso.

Although small in stature, Marina had a huge presence and touched many lives in only the best of ways. She will be sadly missed by her loving children Margie O’Jea Bain (Kevin) of Canandaigua, Skye O’Jea of Goshen, and Gina O’Jea Lacey (Greg) of Hyde Park; her 9 grandchildren; her 12 great-grandchildren; and her many nieces, nephews, and friends.  She was predeceased by her son Joseph O’Jea, and by three brothers and three sisters. She is survived by her sister Theresa Smith of Plattekill.

She lived on Orange Lake in the Town of Newburgh, NY for over 60 years. During these years she worked at Joe’s Market in Plattekill, owned and operated the Spanish-American Grocery in Newburgh on Johnson & First streets, and was a receptionist at the law firm of Finklestein Kaplan & Levine in Newburgh.  Marina served her community in many ways: she was a Cub Scout Pack Leader, Girl Scout Troop Leader, President of Town of Newburgh Seniors, Vanderbilt Gardens volunteer, and was one of the founding members of Walkway Over The Hudson, among others.

Marina enjoyed antiquing, jigsaw puzzling, gardening, and birds. These passions have been passed down to her children and grandchildren. She also enjoyed creating beautiful porcelain dolls, crafting, watching Jeopardy, playing Rummikub and other games. She loved sharing stories about her past with others and loved to dance and travel. She was a “life force” … hard-working, independent, kind, generous with her love and guidance, and instilled these attributes in her family.  Her greatest joys were her children, grandchildren and great-grandchildren.

Visitation will be held from 4-7 pm on Thursday, June 2 at Brooks Funeral Home, 481 Gidney Ave., Newburgh. A graveside service and burial will be held at 11 am on Friday, June 3 at Cedar Hill Cemetery, Newburgh.

In lieu of flowers, a memorial donation in Marina’s name may be made to Hospice of Orange & Sullivan Counties, 800 Stony Brook Ct., Newburgh, NY 12550, or online at http://www.hospiceoforange.com.