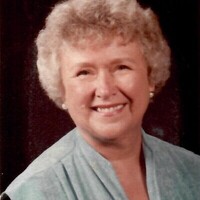 Louise was born on March 22, 1924 in Newburgh, the daughter of Daisy and Morris Goldstein. She graduated from Newburgh Free Academy. Louise met and married William Hargraves and they raised their family in Newburgh.

She was very involved in Girl Scouts, Little League, and many activities with their three children. Louise always put her family first. Louise worked for New York Telephone Co. when her children were young as a telephone operator. When William “Bill” passed away, Louise continued to work for New York Telephone Co. as an operator and worked her way up the corporate ladder until she became a Building Forman in Westchester. Louise was a woman ahead of her time and forged a successful career in the business world as a pioneer for future professional women. Grammy Lou, as she was affectionately called, created lifelong memories for her six grandchildren through the years, like banging the pots and pans on the front porch on New Year’s Eve on Broadway at midnight. Louise welcomed family and friends into her home with her warm open smile and made each person feel very special.

In addition, she is survived by her loving sister-in-law, Barbara Goldstein, nieces and nephews as well as great nieces and great nephews. She will be missed by everyone.

The family would like to give special thanks to Pamela her caregiver. She was with Louise for 2 years and always made sure that Louise was comfortable and taken care of.

Visitation will take place on Tuesday May 31, 2022 from 11 -12:30 at Brooks Funeral Home, 481 Gidney Avenue, Newburgh. Funeral Service will be at 12:30 at the Funeral Home. Burial will follow in Cedar Hill Cemetery Route 9W Newburgh.