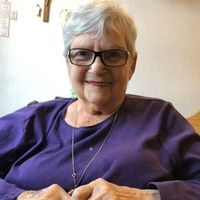 Gloria Sloboda, passed away May 14 at 99 years of age, after many years of warning of her impending demise.

Born in Newburgh and the youngest of Nick and Jenny Garzione’s six daughters, she was quiet, beautiful and sensitive.  As a young woman she worked in pocketbook factories. One factory “Poppy Handbags” on Washington Street was owned by her sister Mary and Mary’s husband Tony Papa. The factory was located on the first floor of the house where the family lived with an assortment of relatives, friends and cats.

Gloria Garzione married Mathias “Mike” Sloboda in 1946. The night they met and danced together a friend commented that they were made for each other…and indeed they were. Marriage has many challenges and they met theirs head on. Since Mike passed in 2008, Gloria has spent her time here with her daughter in New Windsor, and then at Sapphire Nursing in Newburgh. They made the best of her last years and her daughter will miss her tremendously.

Visitation will be held from 4-7 p.m. on Friday, May 20 at Brooks Funeral Home, 481 Gidney Ave., Newburgh. A Catholic mass will be held at 10 a.m. on Saturday at Sacred Heart Church, Newburgh, with burial following in St. Francis Cemetery, New Windsor.

Donations may be sent to Hudson Valley Food Bank in Gloria’s memory.