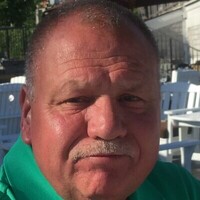 He was born on November 19, 1953 to Raymond Duffie and Dorothy Fritz. He married Brenda Scott on May 25, 1985 and raised 2 children in Cornwall on Hudson, NY.

He was a devoted Husband, Father, and Papa.

Scott, to all that knew him, was the most loving and caring man who would do anything for anyone. He owned and operated Duffie Electric for many years before passing it down to his son. He was extremely proud of what he had accomplished and was excited to go to work every day. He was beyond honored and proud for all that his children have accomplished. Scott loved camping, spending time with his family, making jokes, telling funny stories and being the most optimistic person regardless of the situation.

Pursuant to Scott’s request, visitation and funeral services will not be held.

In lieu of flowers, donations can be made to the Kidney Cancer Association in memory of Scott Duffie.

Scott will forever be in our hearts and will be missed dearly. Heaven has gained another Angel.