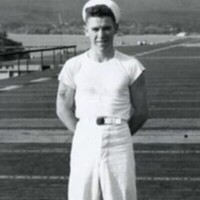 He graduated High School early at the age of 16. He then entered the US Navy, where he was decorated with the Good Conduct Medal, National Defense Ribbon, Korean Medal, and the United Nations Medal.  He grew up in Newburgh, NY before moving to Cornwall and then spent the majority of his life in New Windsor, NY.  He was married to his wife Eda Frances Coen McPhillips on July 14, 1957 in Newburgh, NY. They raised two children together. William was a union electrician in IBEW 631 and owned Windsor Electric until his retirement.  He enjoyed spending time with his family, fishing, reading, and retaining any new information he could.

He is predeceased by his brother Albert (Al) McPhillips and his brother John (Jack McPhillips).  He was more than a hard working man of intellect, he enjoyed being surrounded by the love of his family.

A graveside service will be held Saturday May 14th at 11:30am in Calvary Cemetery.