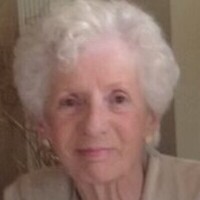 Carole J. Flannery, 87 years old of New Windsor, NY, passed away peacefully with her family by her side on Wednesday, April 27,2022. Carole was born on September 15, 1934 in Poughkeepsie, NY to Helen (Nellie) O’Brien Monroe and Edward Monroe. Carole was predeceased by her husband of 51 years, Michael C. Flannery of Marlboro, NY, and her siblings Margaret, Muriel, Anna, Barbara and Edward.

Carole and Mike were founding members of the Town of Newburgh Volunteer Ambulance Corps. They spent years serving the community as the Friday night ambulance crew.  After raising her children as a stay-at-home mom, Carole held several managerial positions at local businesses before retiring as a manager of Sears in Newburgh.

Carole and Mike traveled extensively in their retirement including a stint as snowbirds in Florida.  After the passing of Mike, Carole went to work at the Sacred Heart Rectory until well into her 80’s.

Carole was an avid reader and was a regular visitor to the local libraries. Summer evenings for Carole were spent watching the New York Mets.  Friends knew that if you visited Carole during a game, you had better save the conversations for during the commercials!

Visitation will be held from 2-5 p.m. on Sunday, May 1 at Brooks Funeral Home, 481 Gidney Ave., Newburgh. A Catholic mass will be held at 10 a.m. on Monday, May 2 at Sacred Heart Church, Newburgh. Interment will be private at the convenience of the family.

In lieu of flowers donations may be made in Carole’s name to the Friends of the Cornwall Library, PO Box 396, Cornwall NY 12518.