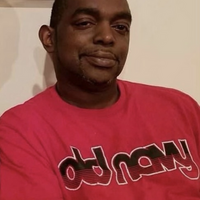 Gerald was born in Newburgh, NY to the late Gerald B. Davis and Elizabeth (Parson) Davis. Gerald left behind the love of his life Michelle (Ramos) Davis whom he was married to for 31 years. He also left behind three beautiful children Shane, Nashawn and Cassandra. His grandchildren Arianna, Jeremiah, Isahiah, Nashante, who he loved and adored. Gerald also left behind three brothers Antione (Denise), Dante (Meisha), and Kevin. He also had a special place in his heart for his uncle Edgar and aunt Lillian Parson. His aunt Diane, aka auntie, was also very dear to his heart, she was like a second mom to him. There are also many uncles, aunts, cousins, nephews and nieces whom he left also.

In addition to his parents, Gerald was predeceased by his sister Anise and brother Marcus.

Gerald graduated from Newburgh Free Academy. Over the years he has worked in construction, Lloyds Dept. Store, security, but when he found his main career he settled with Price Chopper where he worked for 29 years with several different titles, from deli manager to produce manage. He retired in 2019 from Price Chopper in Warwick, NY.

In his spare time he enjoyed spending time with his family and especially with his grandchildren. He liked to watch his favorite shows. He enjoyed making people laugh and joked around “Never a dull moment” if you knew Gerald the way we did you would know.

Family was everything to him; Gerald was the best son, brother, husband, father and papa to his family. He is going to be deeply and truly missed by all, he will forever be in our hearts.

Visitation will be held on Tuesday, May 3 from 11 to 1 p.m. at Brooks Funeral Home, 481 Gidney Ave., Newburgh, NY. A service will take place at 1 p.m. at the funeral home, with burial following in Cedar Hill Cemetery.