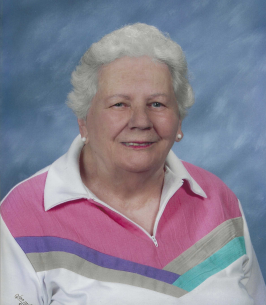 The daughter of the late Herbert Davis and Katherine (Corell) Davis, Dorothy was born on July 15, 1919 in Cornwall, NY and was a lifelong resident.

After nearly forty years of service Dorothy retired from the Social Security Administration in Newburgh, NY where she was a Claims Representative. After retirement she traveled extensively in the United States and Europe. She was a member of St. John’s Episcopal Church in Cornwall, and for many years was the church organist.

A family statement reads: “Throughout her work and life Mom was always concerned about the well-being of others and did whatever she could to help people when needed.” She will be missed greatly. As Robert Frost’s poem states: “So dawn goes down to day. Nothing gold can stay.”

As per her wishes, Dorothy will be laid to rest beside her husband in Woodlawn Cemetery in the early summer. Please refer back to http://www.quigleybros.com for further information.