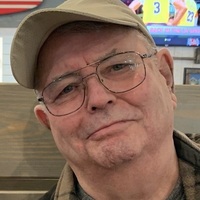 Philip Joseph Fairbanks Jr. “Phil” 75 years old, of Newburgh, NY entered into rest on April 13, 2022 at his family home in Newburgh, NY. The son of the late Philip and Lillian Fairbanks, he was born on August 26, 1946 in Newburgh. He was married to the late Lee Fairbanks, whom he married on October 29, 1977.

Philip graduated from Newburgh Free Academy Class of 1964. He proudly served in the US Army, earning the Good Conduct Medal, National Defense Service Medal, and Marksman. He was retired from Phillips Research, was a Boy Scout of America Leader, a member of Order of the Arrow, and enjoyed fishing and camping.

He is survived by his daughter Amanda (Fairbanks) Brown and her husband Randy Brown; sons Philip Fairbanks and Jimmy Fairbanks; grandchildren: Randall Philip Brown and Rosalina Fairbanks; his brother James Fairbanks and his wife Joan; and many nephews, nieces, and cousins.

A graveside service will be held at 12 noon on Thursday, April 21, 2022 at Calvary Cemetery, New Windsor.

In lieu of flowers please donate to your local Cub Scout Pack or Boy Scout Troop.