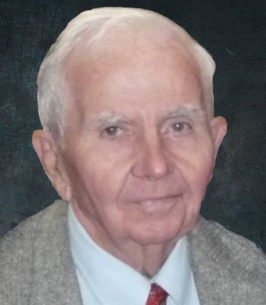 Thomas James Maloney 92, of Friendswood, Texas went to be with his Lord and Savior on Tuesday, March 29, 2022. Beloved father, grandfather and brother was born September 3, 1929 to Thomas and Alice Maloney in Newburgh, New York.

Tom was a business owner of Iso-Tex Diagnostics, Inc., a radiopharmaceutical manufacturing firm, and Tel-Test, Inc., a provider of molecular reagents. His ownership and subsequent growth of the companies continued for over 50 years. His career started with the completion of a 4-year apprentice program at GE as a tool and die maker. From there he transferred into the GE top secret classification of atomic sub and gatling gun research division, while taking Mechanical Engineering courses at Union College.

His next career move was enlisting in the Army where he was a Graduate Officer candidate, Expert Infantry Officer, Paratrooper 101st Airborne Division, Company Commander, Regimental Law Officer, and lastly, commissioned as a First Lieutenant, Infantry. Upon Honorable Discharge, he worked at Union Carbide as a Mechanical Engineer Supervisor and a Senior licensed Atomic Energy Reactor operator producing radiochemicals. He further established his career at Cambridge Nuclear as President then as President of BioNuclear. Tom had a long career in the radiopharmaceutical industry, which included ownership of patents, New Drug Applications, and Investigational New Drug applications.