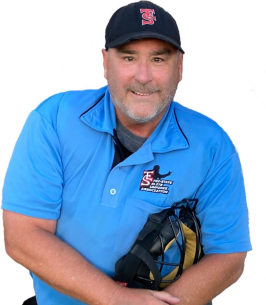 Kevin Mark Keegan was born to the Late Kevin and Anne Keegan on August 11, 1965. He was born and raised in the beautiful, mountainous small town of Cornwall, New York where he created friendships with people that would last forever. He attended St Leo University in Florida where he played baseball and graduated from SUNY at Plattsburgh in New York in 1987 with a degree in Marketing. He began his career at IBM where he met his future wife Donna and went on to pursue a career in sales. He went above and beyond.

Mark had a wonderful, loving, family of four. He married his best friend Donna JoAnn Bielli on September 9, 1995 in Cornwall-on-Hudson, NY. Mark raised his two children, Justin and Max, and taught them about the love of sports, life and everything in it. He did so much for his family and always put their happiness first. He would do anything to see his family happy. He worked so hard and always made it easy for everyone else. He took every challenge that life threw at him and knocked it out of the park. He loved to take his kids to Phillies games, out golfing or just to the field to hit BP. Mark loved all sports, baseball being his main love. He was a great athlete and an amazing pitcher. He was also an outstanding football player. His love for the game of baseball was shared with his children and kept alive through coaching and umpiring. He coached both his kids from when they were just beginning all the way up until they were in men’s leagues after high school. Mark umpired his entire life, all ages, and loved every minute of it. It was one of the things that brought him the most happiness.

Mark also had a huge love for bowling. He began bowling at a very young age when his dad would take him to the alley with him. He ended up playing in a league with his dad around the age of 8 and got so good, other guys didn’t want to bowl against them. He got better with age and was apart of leagues his whole life averaging over 200. He always said that If he pursued his talent in bowling, he possibly could have went pro. Mark loved golf equally the same. He loved to take his kids out and teach them the game the right way. He loved to watch golf just as much as playing. Mark loved sports so much. His favorite teams were The Raiders, The Phillies (after moving to south jersey) and the Sixers his whole life.

Mark was loved by so many people. He had a million friends. He could remember everyone and any memory they had together. We could be reminiscing about a memory and he could remember the place, the date, time, names and all of the small details like it was yesterday. He could recall any game he played in and who he was with, the outs, who was on base, who was pitching, who was hitting and even who was out playing in right field. Mark loved to hang with friends and celebrate good times. He cherished his hometown friends so much. His heart never left Cornwall. He was such a huge part of the Cornwall community, everyone knew and loved Keeger.

In lieu of flowers, donations may be made in Mark’s memory to TSEUA for the Mark Keegan Memorial Cadet Umpire Program, 53 Greens Way, Blackwood, NJ 08012