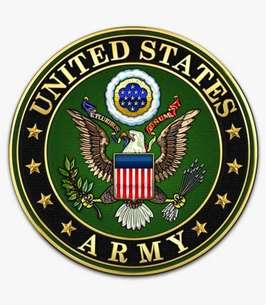 On the 2nd of April 2022, Joseph V. Gill of Cornwall on Hudson, NY passed away. Born in Kingston, NY in 1948, Joe celebrated his 74th birthday on March 1st of this year. Raised by his parents Vincent J. Gill and Bernice P. (Jankowski) Gill in Highland Falls, NY along with his brothers Michael of Danbury CT, and Stephen of Vacaville CA, both of whom survive Joe.

In 1968, Joe entered the U.S. Army and served in Vietnam attaining the rank of Staff Sergeant while serving with the 6th Battalion, 31st Infantry, of the 9th Infantry Division, in the Mekong Delta. He received numerous military decorations during his tour of duty, while engaged in active ground combat, including 2 Bronze Stars (1 for Valor), 2 Air Medals, 5 Army Commendation Medals (3 for Valor) and the Combat Infantryman Badge.

Upon completion of his tour of duty, Joe returned to work at the Evening News in Newburgh and for the News of the Highlands which published a weekly newspaper and provided commercial printing services in Highland Falls. When the parent company (The News of the Highlands Inc., owned by the Sidamon-Eristoff family) purchased the Cornwall Local Joe moved to Cornwall and over time rose to the position of Vice President and General Manager of the two newspapers and commercial print shop.

In 1986 he became a Board Member of the New York Press Association, an organization representing some three hundred weekly newspapers throughout the state and was elected to the position of President in 1992.

Mr. Gill served as a member of and attained board positions on numerous civic/non-profit organizations throughout his life. They included Lieutenant and President of the Highland Falls Fire Department, Board Member of the Cornwall Public Library (when the current library was erected), Friends of the West Point Library, Museum of the Hudson Highlands, Army Hockey Association, Cornwall Independence Committee, Friends of the Cornwall Public Library, Greater Cornwall Chamber of Commerce and early on coached and umpired for the girls’ softball division of the Cornwall Little League.

In 1998 Joe married his wife Janet, at a beachside ceremony in Key Largo, Florida and just recently they renewed their vows of devotion to one another. Joe and Janet enjoyed life together traveling locally and to Vermont, dining out with friends and going to plays in New York City up until the time of his death.

Joe is survived by his wife: Janet; brothers: Mike and Steve; his daughter: Stacey L. Albericci and her husband Corry; granddaughter: Emma of Englewood, NJ; his sister-in-law: Holly (wife of Steve) and their daughters: Danae and Alex (husband Jason Smyth) of California; and Lauren Gill, daughter of Michael, also of California. Joe’s extended family includes Linda Smith of Montgomery, NY; Michael and Laura Broich of Campbell Hall, NY; James O’Dell Jr., wife Tara and their children Taylor, Payton, and Kole of Walden, NY. There are several nieces, nephews and cousins who survive him.

Memorial Contributions in Joe’s name may be made to Food Bank of the Hudson Valley, 195 Hudson Street, Cornwall-On-Hudson, NY 12520.