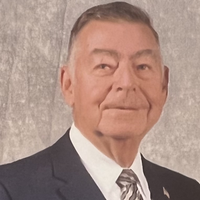 Curtis was a graduate of West Point Elementary School and St. Patrick’s High School in Newburgh, and attended Manhattan College in NYC. Curt worked for the Newburgh Savings Bank for 25 years, where he met his future wife, Patti. He also worked at Miron Lumber, Coloni Funeral Home and Ferguson Funeral Home. Curt was a member of and served as sacristan for Sacred Heart Church, served as Lecturer for Knights of Columbus, was a member of Msgr. Henry O’Carroll Council 1444 in Newburgh, and a 4th degree member of the Francis J. Gorman Assembly 696. He will be fondly remembered as a die-hard NY Yankees fan, and will be deeply missed.

In addition to his loving wife Patti, he is survived by two sons, Thomas Moran and William (Gennifer) Moran; his grandchildren, Caitlynn, Michael and Amanda Moran; great-granddaughter Janie; and a nephew, Shawn Moran. In addition to his parents, he was predeceased by his brother James, sister-in-law Patricia, and nephew James.

Visitation will be held from 4-7 p.m. on Thursday, April 7 at Brooks Funeral Home, 481 Gidney Ave., Newburgh. A Catholic mass will be held at 11 am on Friday at Sacred Heart Church, Newburgh, with entombment following in Cedar Hill Mausoleum, Newburgh.