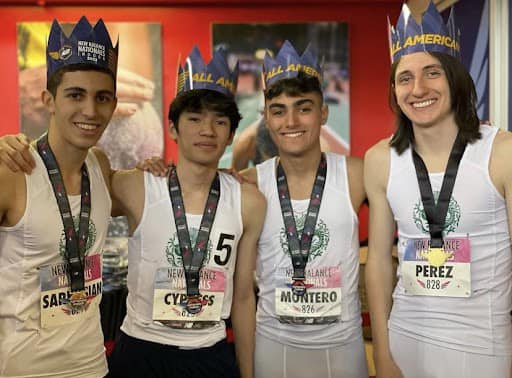 The Cornwall Central School District will hold a parade tomorrow – Friday, April 1, 2022 – to celebrate their All-American Athletes and National Champions.

As part of a district-wide parade, students will begin at Cornwall Central High School and make their way to each school throughout the District to celebrate their big accomplishments.

In addition, to show “Dragon Pride” for the students, the District is making tomorrow a “Dragon Green Day” and asking that everyone wears their very best Cornwall Dragons green.

Cornwall’s Track and Field team had seven student-athletes earn the title of All-American at the national championships in March.

To have seven students attain All-American status is truly a tremendous accomplishment, which speaks to these students’ hard work and talent. They did this under the leadership of Coach Creeden and Coach Feuer.

The National High School Coaches Association honors the nation’s finest student-athletes as High School Academic All-Americans. To qualify, nominees must carry at least a 3.6 grade point average on a 4.0 scale.