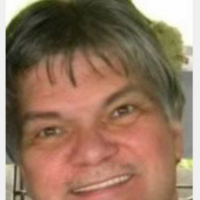 George M Lorditch Jr, 58, long time resident of Newburgh and graduate of NFA class of 1981, has entered into an eternal rest. Born August 28,1963 in Orlando, Florida, George was a kindhearted soul that was beloved by all that knew him. Known as “Pi” by his grandchildren, George was well known as a hard-working blue collared worker as the owner of Tower Construction. He will fondly be remembered as one of those rare souls that had the ability to light up the room once he entered, as there wasn’t a stranger, he could not make smile. There was nothing George enjoyed more than the simple pleasures of life playing scrabble, playing his guitar, making music like his idols Twisted Sister and vacationing in Atlantic City, New Jersey.

Son of the late George M Lorditch Sr., George is survived by his loving mother Mary Lorditch, his two sisters Cindy and Brenda, his children Cassandra, Ronnie, and Dale, along with many nieces, nephews and grandchildren and friends. Although his death leaves a heartache that no one can heal, his love leaves memories that no one can steal.

Visitation will be held from 4-7 p.m. on Wednesday, March 30 at Brooks Funeral Home1 481 Gidney Avenue Newburgh New York, 12550. A funeral service will be held at 10 a.m. on Thursday, March 31 at the funeral home, with entombment following in Cedar Hill Cemetery in Newburgh.