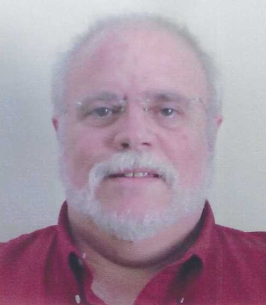 The son of the late Salvatore R. Fusco and Mary C. (DeRosa) Fusco, Michael was born on August 29, 1947 in Manhattan, NY.

Michael retired from USMA – West Point as Chief of Creative Imaging. He honorably and proudly served his country as a member of the U.S. Air Force from 1969 to 1973 during the Vietnam Era.

Mike was a member of the Black Rock Bass Busters, a former Coach and Director of the Instructional Division of the Cornwall Little League.

A family statement reads: Mike, Dad, Papa and Uncle Mike was known for his “wit and strong sense of humor” He never hesitated to put family first. He was much loved and he will be missed greatly.

Sweethearts since High School, Michael is survived by his devoted wife of fifty years: Vincenza A. (Bartolone) Fusco; his son: Michael J. Fusco and his wife Audrey of New Windsor, NY and their children: Lyndsay Pittman, Allison Paschall, Billy Dratch and Hayley Fusco(Toots) and fiancé Kurt Suffern; son: Stephen S. Fusco and his wife Danielle of Saint Cloud, FL; and their children: Hayden(Peanut) and Tyler(Pork Chop) Fusco; much beloved brother-in-law: Frank; sister-in-law: Edith Bartolone; his sister: Nancy Jones; much loved nieces, nephews and their children as well as many cousins and friends.

Visitation will be held from 4:00 p.m. to 7:00 p.m. on Tuesday, March 29th at Quigley-Sullivan Funeral Home, Inc., 337 Hudson Street, Cornwall-On-Hudson, NY. A Mass of Christian Burial will be held at 10:00 a.m. on Wednesday, March 30th at St. Thomas of Canterbury Church, 340 Hudson Street, Cornwall-On-Hudson, NY. Interment with Military Honors will follow the Mass at St. Francis Cemetery, New Windsor, NY.

The family kindly requests donations in Mike’s memory be made to a charity of one’s choice.