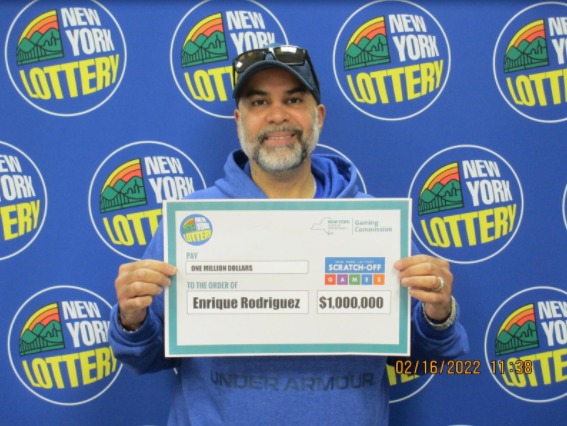 A Middletown man won $1 million on a scratch-off ticket purchased from the New York State Lottery.

Enrique Rodriguez claimed his top prize on the 25X scratch-off ticket, which is part of the X Series of games.

“You have to be in it to win it,” said Rodriguez upon claiming his winning ticket.

The lucky 25X ticket was purchased at Fine Fare located at 1136 Ogden Ave. in the Bronx.

Rodriguez opted to receive his $1,000,000 prize as a single lump sum totaling $546,840 after required “withholdings”, according to the New York State Lottery.

There are currently three top prizes available on the X Series: 25X ticket. Players can check the status of any New York Lottery scratch-off game by downloading the Game Report at nylottery.ny.gov.