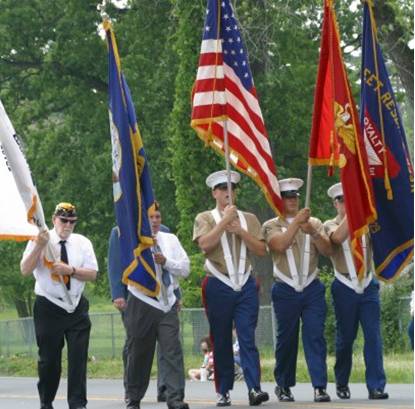 New Windsor Town Supervisor George Meyers announced the return of the town’s Memorial Day parade on May 22, 2022, to honor those who made the ultimate sacrifice for our country.

Prior to the parade, the Town will hold a ceremony at the Veteran’s Monument located at the corner of Route 94 and Route 9W, beginning at 11:00am.

The parade will step off at 2:00pm from the New Windsor Post Office plaza (also known as the old Upskate Plaza). The parade route will continue on Route 94 past the old Destinta Theater and end at the New Windsor School.

The Town is inviting local groups to participate in the parade via marching or entering a float. All floats should keep in mind the theme of Memorial Day – honoring those who have given their lives.

Any group interested in participating in the parade should submit a form for approval of the Memorial Day Parade Committee. For more information call the Recreation Department at (845) 565-7750.