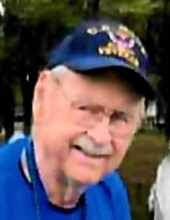 “Jack” as he was known to all, was a driver for Pepsico, Newburgh, NY and later as a materials handler and driver for U.S.M.A., West Point, NY. He proudly served his country in the US Navy from 1954 to 1964. A 1954 graduate of the Newburgh Free Academy, he was a 60-year member of the Gardnertown United Methodist Church, where he also served as a Trustee. An avid Mets fan, Jack was a life member of ARC, Hudson Valley and a longtime member of New Windsor Post 1796, American Legion. In tribute to his military service he was part of the Hudson Valley Honor Flight #22 in 2019.

In addition to his parents he is predeceased by a son, Jeffrey W. Smith in 2015

All Services will be private and at the convenience of the family.