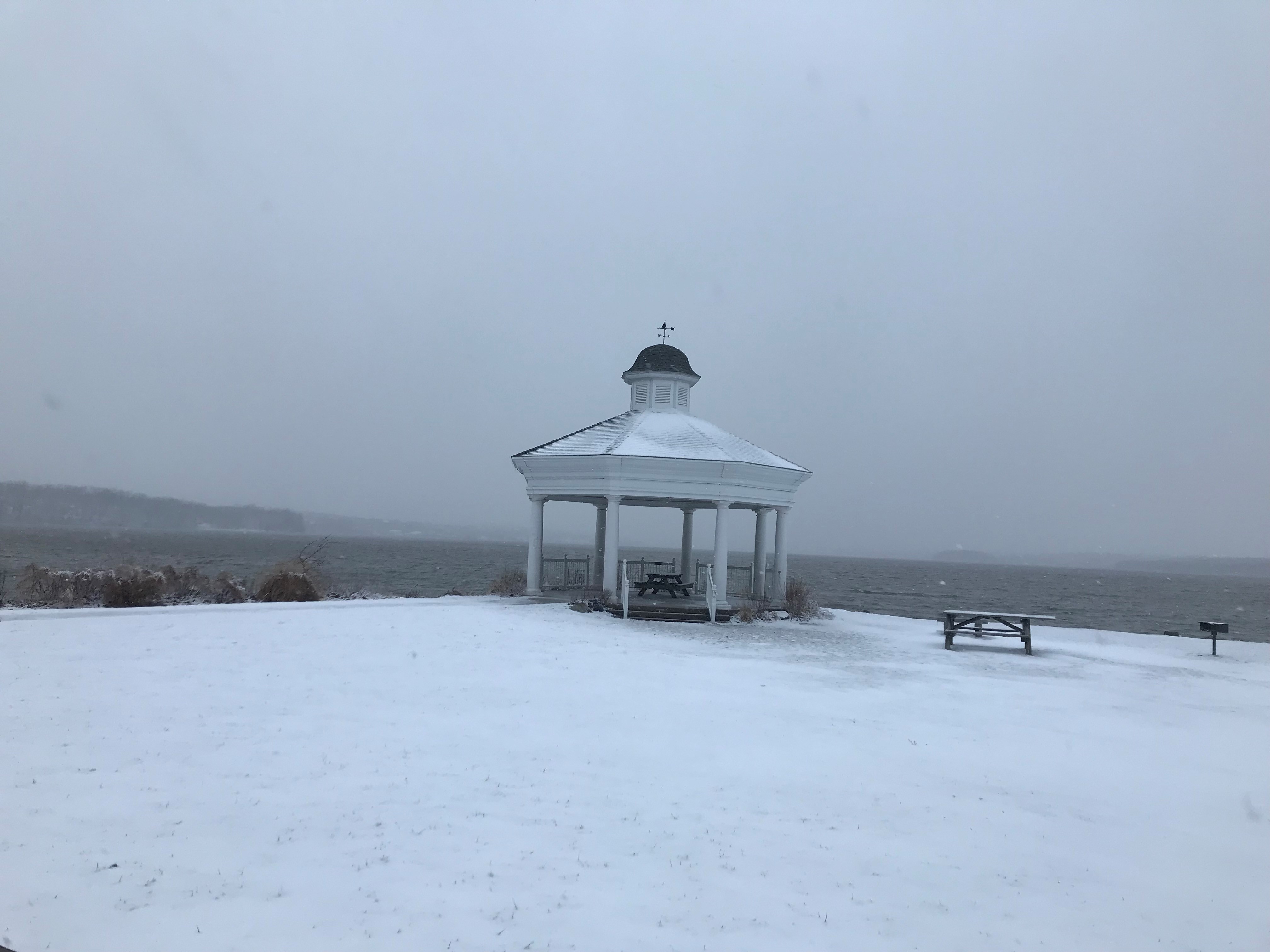 As the old saying goes: A weatherman is the only job where they can be wrong most of the time and not get fired.

After warning everyone of doom and gloom in the forecast, the last laugh was on the weathermen. Although the wind predictions proved to be correct, the snowfall totals barely reached the minimum forecast levels, but in some cases remained below what was anticipated.

The National Weather Service (NWS) alerted Orange County that 4-7″ of snow and 50 mph gusts were imminent. At 6:00pm, snow is now exiting the area with little or no additional accumulation likely. At 2:30pm, NWS reported 3.5″ of snow had fallen in the Town of Newburgh. After this time, snowfall became light and the roads remained wet. One 45 mph wind gust was reported in the Town of Newburgh, with three additional gusts exceeding 30 mph. At Stewart Airport, two wind gusts – 39 mph and 38 mph, were reported. The top wind gust recorded in Vails Gate was 23 mph.

Sullivan County was forecast to be the hardest hit with 7-12″ of snow and 45 mph wind gusts. At 5:30pm, the NWS reported snowfall totals of 6.5″ in Callicoon and 4.5″ in Kiamesha (near Monticello). Despite botching the snowfall predictions, the NWS nailed the wind forecast. Monticello Airport received a 45 mph wind gust at 5:56pm, with several previous gusts in the 30 mph range.

In western Ulster County, where forecasters claimed 5-10″ of snow would fall, it was the same hype as usual. As of 4:00pm, the Marbletown and Esopus areas received just over 4″ of snow. Forecasters predicted 3-6″ would call in eastern Ulster County. At 4:00pm, Highland topped Ulster County’s accumulation with 5″ of snow, while New Paltz saw 3.3″. The wind forecast was for 45 mph winds across the county. A mesonet in the Hamlet of Wallkill gusted to 38 mph.

In Dutchess County, forecasters called for 3-6″ of snow and 40 mph wind gusts. At 4:00pm, NWS reported 3.8″ of snow in Fishkill, 3.5″ in Poughkeepsie, and 2.8″ in Red Hook. Poughkeepsie Airport recorded one wind gust to 35 mph while all other wind gusts remained under 30 mph. Atop Mount Beacon, the top wind gust only reached 34 mph – once.

Central Hudson is currently reporting 3,031 customers without power across the region. Most of the outages were in Millbrook (1,153 customers) and West Shokan (569 customers). Locally, the power outages are limited. In the Gardnertown section of the Town of Newburgh, 47 customers are without power, along with three customers in Montgomery.