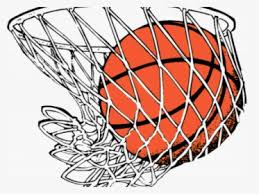 The Newburgh Free Academy Varsity basketball team made it to the opening round of the state Class AA tournaments, where they ended their post-season on Thursday.

The Goldbacks have overcome numerous obstacles due to the COVID pandemic. The team did not play at all during the 2020-2021 season. In December of 2022, nearing the end of their regular season, the team did not play for 22 days due to a spike in COVID cases.

Throughout the season, the Goldbacks went undefeated in league games, boasting a 9-0 record in OCIAA Division 1. In the Class AA semifinals, Newburgh defeated Pine Bush 67-52. They went on to clinch the Section 9 title in a 71-61 win over Middletown.

Newburgh faced Mount Vernon, the Section 1 winner, in the opening round of the Class AA tournament at Kingston High School on Tuesday evening. Newburgh bowed out to Mount Vernon 63-46. Newburgh played hard, enjoying an 11-0 lead by the end of the first quarter.