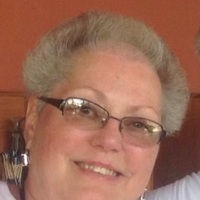 Patricia “Pat” Mae Scott was called to Heaven on March 8 2022. She was born on February 20th, 1941 to Kenneth and Stella DeGroat. Patricia, to all who knew her, was a caring and loving woman who touched the lives of all who knew her. She was a devoted Wife, Mother, Grandmother and Great Grandmother.

She dedicated many years working at Sunshine Ford where her friends grew into family. She admired and adored her favorite Lady, Aunt Mabel.
She would be found decorating, tending to her love of plants, especially orchids, spending quality time with family or taking a trip to the casino.

There will be no funeral or visitation as she will be cremated.

In lieu of flowers, please make a donation in her name to the American Heart Association.
She will forever be in our hearts and will be missed dearly. Heaven has gained an angel.