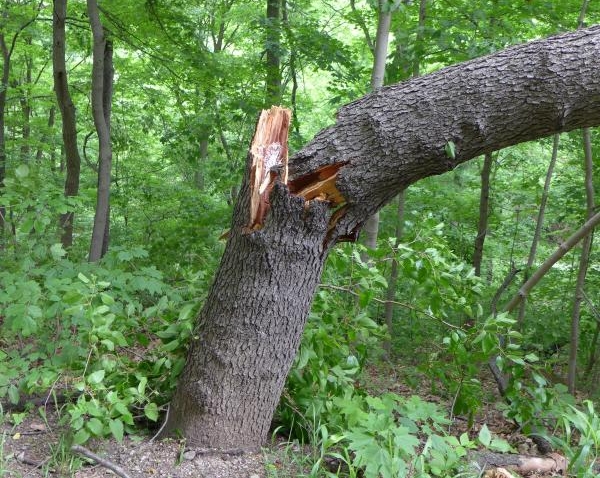 Winds battered the region last night as a squall line moved through, seeing temperatures drop from the mid 60s at 9pm to the mid 30s overnight. Strong winds and brief torrential downpours wreaked havoc while the short-lived weather system swept through from west to east at 60 mph.

A tree trunk, at least two feet in diameter, snapped in half midway up the trunk and fell on a house near the intersection of Union Avenue and Cedar Avenue in New Windsor. Numerous downed trees were reported across Orange County, with several specific reports in Cornwall and Cornwall-on-Hudson.

During the aftermath of the storm, Central Hudson Gas & Electric reported nearly 2,000 customers without power in a large section of Cornwall extending into parts of the Vails Gate area south of the Five Corners. Several localized power outages were also reported throughout New Windsor and small portions of the Town and City of Newburgh.

The morning after the storm, crews rushed to clean up the storm damage and restore power to the areas impacted on the heels of a minor snowfall predicted early the next day.